Add to Lightbox Download
Austin, Texas, February 17th, 2013,
Zelda Maples, 7 holds a 3-demential sign with a pipeline made out of empty toilet papers on it illustrating a leaking pipeline in front of an Austin's Whole Foods store before a protest with
over 300 protester against the Keystone XL Pipeline begins. The protest in Austin was in solidarity with The protest in
Washington DC where tens of thousands showed up for the largest climate change rally protest in the environmental movement's history. A coalition of environmental groups took place in the actions including , the Sierra Club, 350.org, and the Tar Sands Blockade. 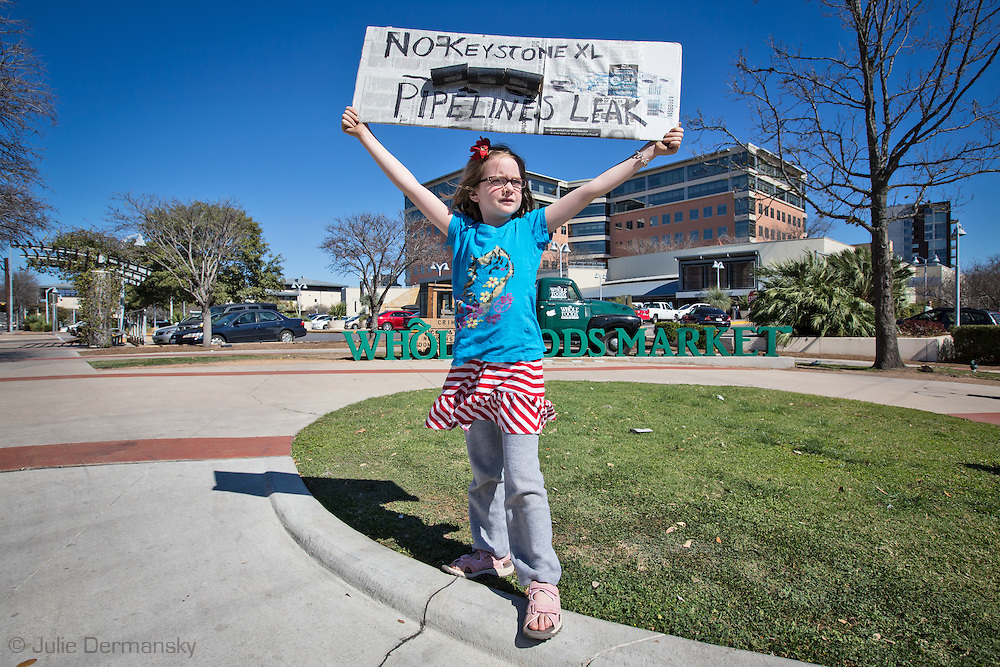