Add to Lightbox Download
Emily Ewings, Micheal Brown’s cousin gives an impassioned speech to a crowd of protesters
in New Orleans who took to the streets of the French Quarter after a vigil for Michael Brown, part of a protest in solidarity with the people of Ferguson Missouri, part of a held across the country and hold an import rally across from St Peters Cathedral.
Michael Brown’s death , an African American killed by the police killed by police in Ferguson, Missouri, on August 9, 2014 has sparked outrage across the county. 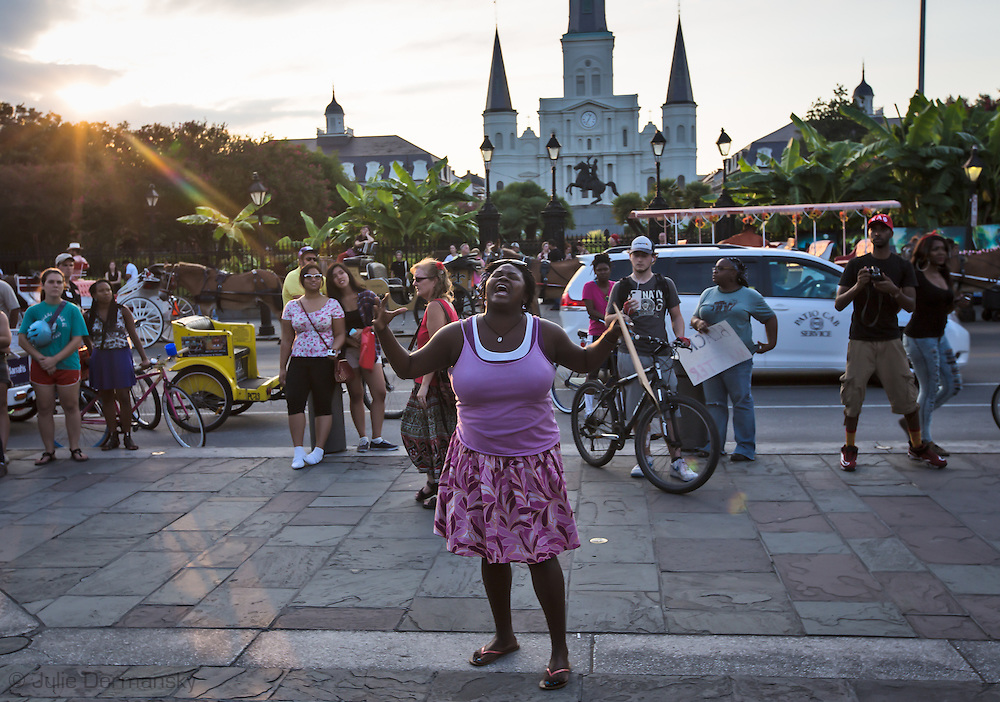