Add to Lightbox Download
Soldiers on top of the Zigguart in Ur, Iraq after an Easter service Sunrise Easter Service was held at the Biblical birthplace of Abraham near the Ziggurat, next to the Tallil Airbase in Iraq.
Ur was the principal center of worship of the Sumerian moon god Nanna. The Ziggurat in Ur is the largest in Iraq . Next to it are the ruins of what is thought to be Abraham's home. The archeological site will be returned to the Iraqis May 13 2009 along with the rest of Dhi Qar province 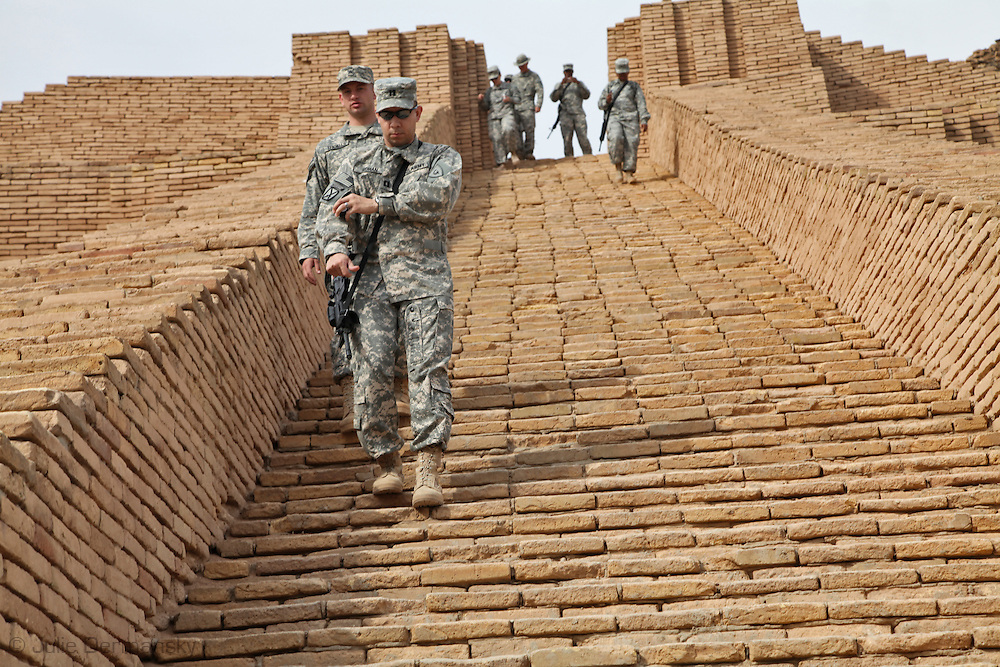