Add to Lightbox Download
Rev. Jesse Jackson gives Cameron Sterling, Alton Sterling’s son a hug at
Alton Sterling’s funeral. The funeral was held at Southern University’s F.G. Clark Activity Center in Baton Rouge. Over a thousand people attended religious leaders including Rev. Jesse Jackosn, Al Sharpton politicians, family members and friends friends.The Rev. Jesse Jackson told those at Alton Sterling’s funeral “Stop the violence, save the children. Stop the violence, save the nation.””For those of you who are listening here and around the world, our strongest weapons are not guns and violence, it’s the righteousness of our cause" and that,"Unearned suffering is redemptive. There is power in innocent blood. If the killing of Alton Sterling would have been in a shootout or a drug bust or robbery, we would not be here today." 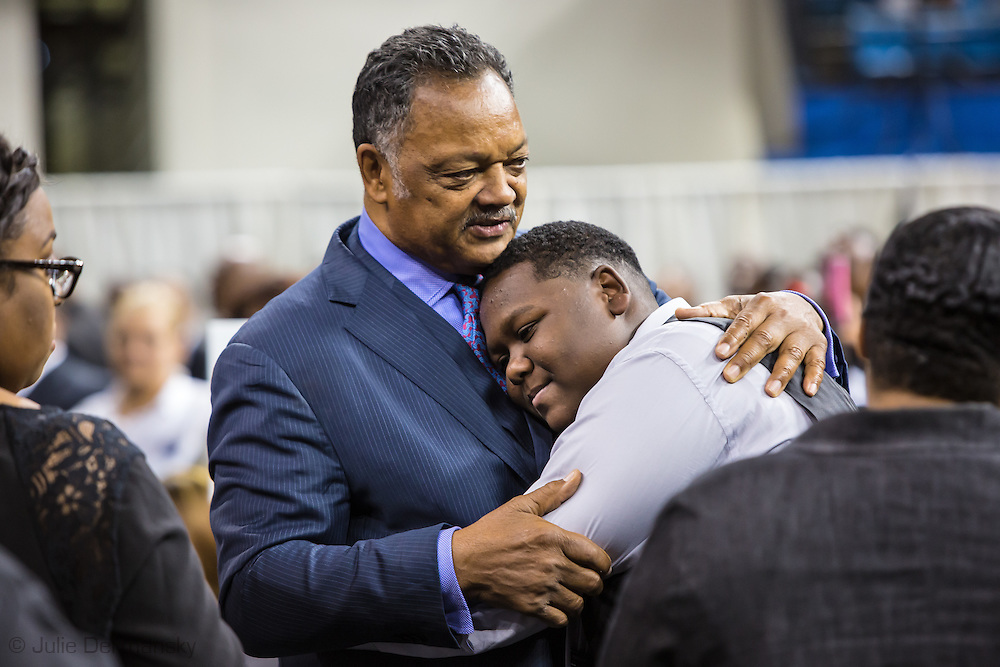