Add to Lightbox Download
Shirley and Don Tillman with Laurel Lockamy, citizen journalist who check the beaches daily for dead animal near a dead Dolphin on the beach in Pass Christian Mississippi that has been decaying in the sun for over a week.
An unprecedented number of dead young Kemp's Ridley and Loggerhead sea turtles, have washed up on the shores of Mississippi along the Gulf of Mexico starting almost a year after the BP oil spill.
Test are being done on the high number of turtle and dolphin corpses found on the beaches but results have not been released. 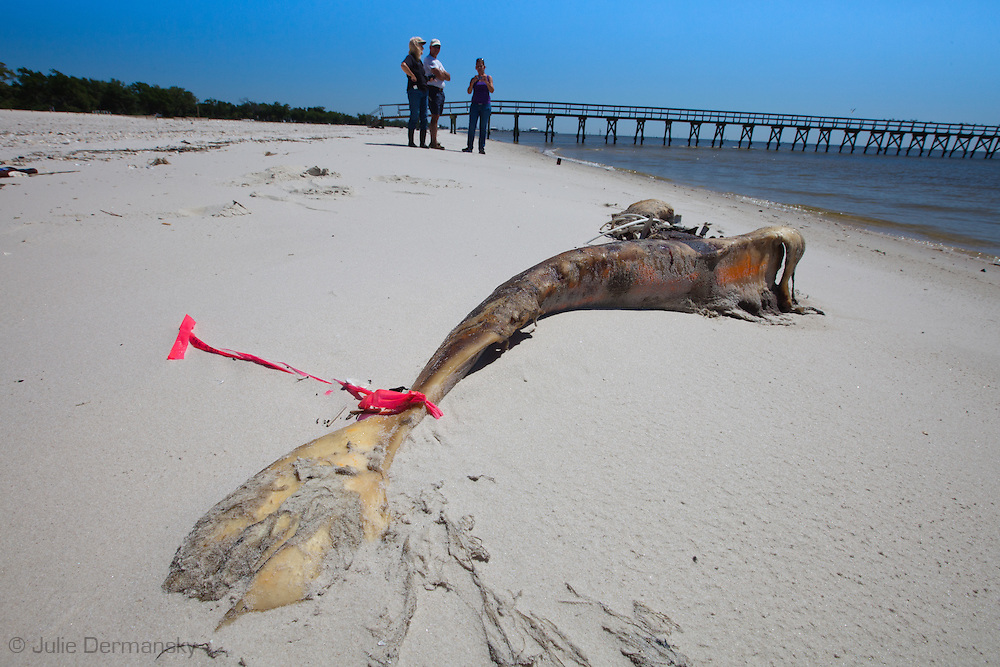