Add to Lightbox Download
Sheryl Crow at the "Rally to Restore Sanity And/Or Fear".
A crowd estimated between 100,000- 200,000 came from across America to the National Mall on October 30, 2010 before the midterm elections to particiapte in the "Rally to Restore Sanity And/Or Fear" . Jon Stewart insists the rally was not a political event, however; the audience had messages of their own on hand made signs for the occasion, many with a political message. 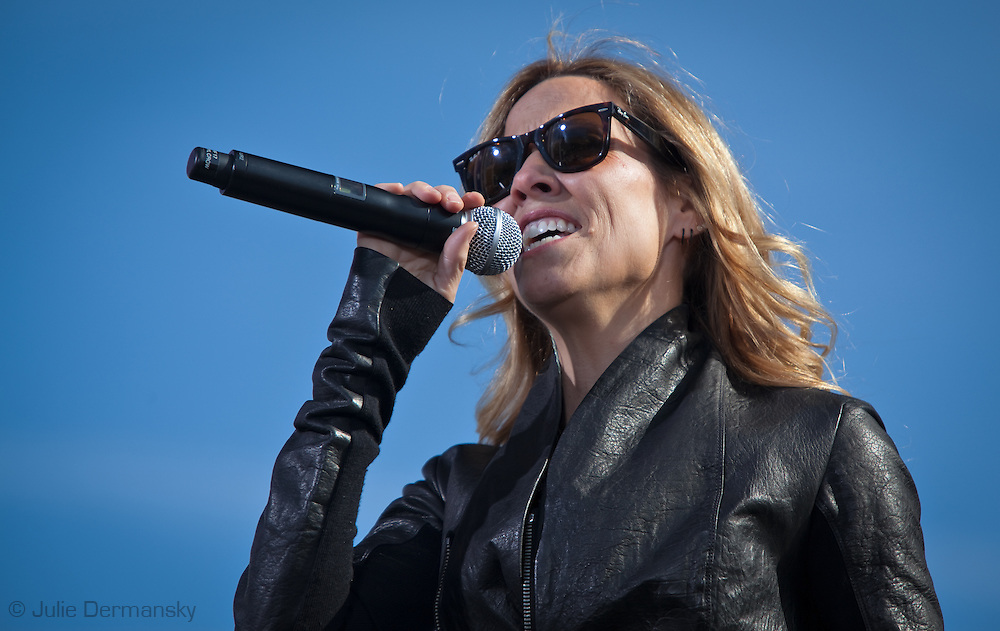