Add to Lightbox Download
Loose boom and oil in Bay Jimmy in Plaquimines Parish
on Sept. 19th, the day BP declares the Madaceno well dead. Though the well stopped spilling more oil into the gulf the consequences from the disaster have not been fully assessed and oil is still washing up in some areas, and resurfacing in others where it percolates up from the ground. Billy Nungesser,Plaquimines Parish president who has been the loudest voice fighting for faster and greater action all along, acknowledged it is good news to get word the well is finale "dead'. However he stressed he will fight BP and the government till the end to make sure his parish has been made whole again as promised. 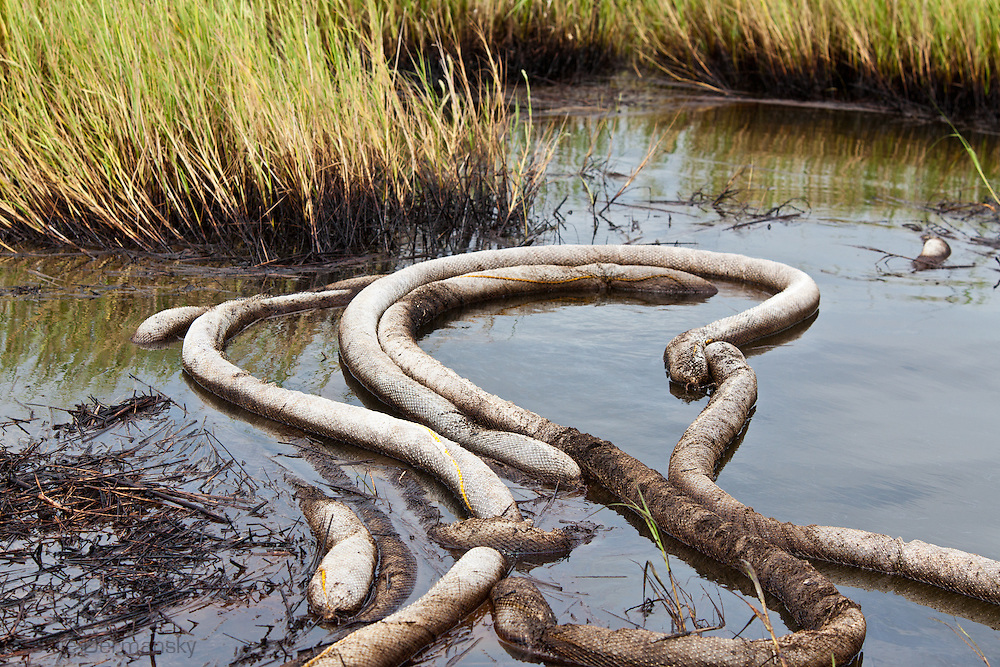