Add to Lightbox Download
Georgia Pacific Corporation, a paper factory in Zachery, Louisiana is upriver of Baton Rouge but still considered to be in "cancer alley".
One of many factories located in the stretch between Baton Rouge and New Orleans along the Mississippi River has a large concentration of chemical and oil companies and was formerly referred to as the "petrochemical corridor" but now is know as "cancer alley" after numerous cases of cancer occurring in the small communities on both sides of the river were reported. The record high levels of the Mississippi River in the spring of 2011 brought on by what some scientists classify as climate change, threaten the environment with the potential flooding of industrial complexes and nuclear facilities along the river. 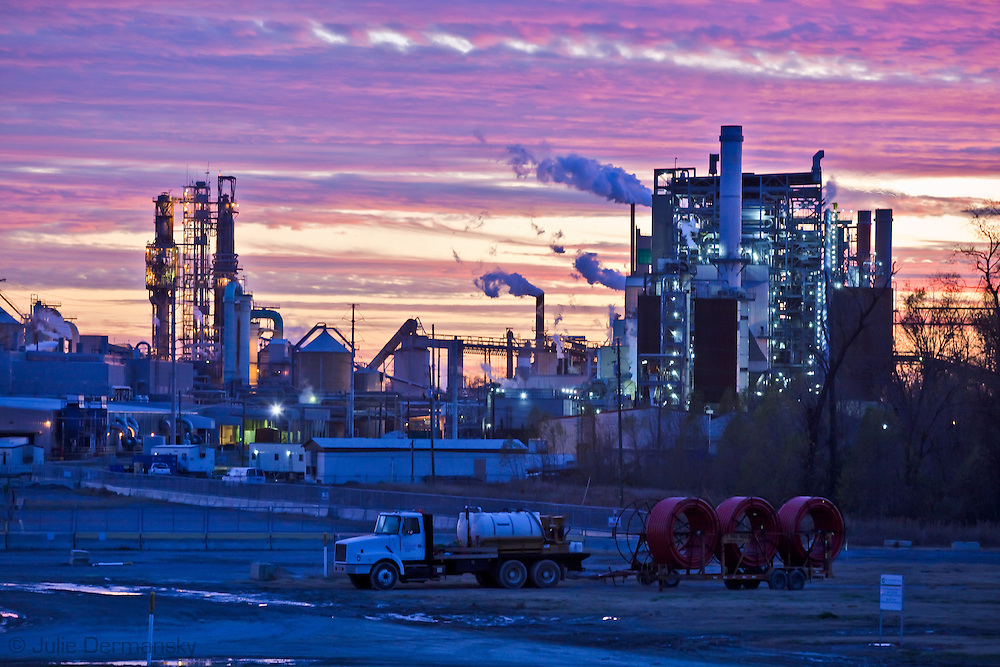