Add to Lightbox Download
Dead Kemp's Ridley sea turtle on the beach in Pass Christian Mississippi, painted orange by the Institute for the Marine Mammal Studies so it wont be counted a second time, left on the beach until a crew comes to remove it.
An unprecedented number of dead young Kemp's Ridley and Loggerhead sea turtles have washed up on the shores of Mississippi along the Gulf of Mexico starting almost a year after the BP oil spill. The sea turtle species being found dead are endangered.
Test are being done on the high number of turtle and dolphin corpses found on the beaches but results have not been released. 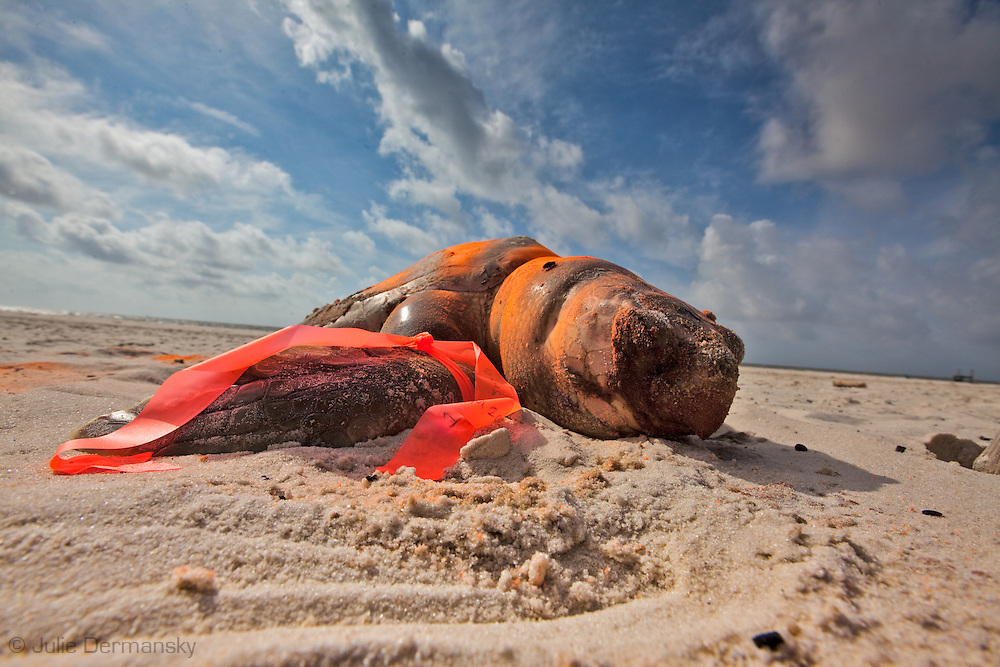